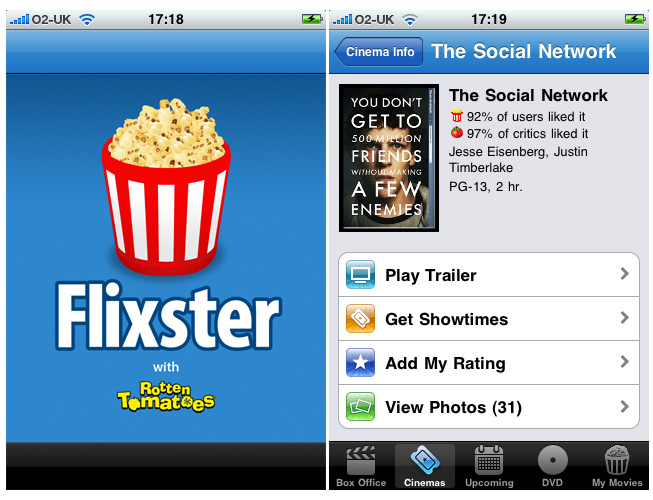 Recently, more and more people are shifting to Netflix to see their favourite movies rather than buying DVDs or digital media. Major film studios have come up with a way to entice movie lovers to buying movies again through UltraViolet. Flixster is a social networking site for movie buffs. Along with UltraViolet, Flixster is another platform that film outfits intend to use to help boost film sales.

UltraViolet is a digital rights storage platform that was created by a consortium of film industry members. Flixster, on the other hand, is a social networking site for movie lovers where reviews are shared by members and film information is available. Flixster was bought by Time Warner, a member of the group that established UltraViolet, in May for about USD75million. Flixster is now the home for the free service UltraViolet.

UltraViolet lets people who have bought digital rights to a movie to watch it in different devices. The rights need only to be bought once and can be enjoyed multiple times by consumers. Streaming a movie is also possible by up to three users simultaneously. This is how major film studios aim to encourage the public to switch to owning movies again. They realize that digital content is the preferred mode of watching movies nowadays and they are responding to the shift in technology by making management of digital rights owned easier and more meaningful for  households.

How to Use UltraViolet

The easiest way to use UltraViolet today is through Flixster. After a consumer buys a DVD or BluRay that is also Ultraviolet-enabled, they can set up an account on Flixster and use the code included in the package to claim their digital rights. This may seem complicated for users used to Netflix and iTunes, but the system is being improved.

In the near future Flixster will start offering Disc to Digital service. This service will allow consumers to pay a small fee for converting discs in their collection to digital copies. This should make clients more used to managing an online movie library.  Today, Flixster is already offering Collections, a service that lets users to integrate their iTunes, Hulu and Netflix accounts to show films they have bought online and rented. Another plan is for Flixster become a film retailer, a store that offers movies regardless of studio producer. This will mean that Flixster will compete with Apple and VuDu. Time Warner is very careful in implementing this plan.

One of the reasons why Warner purchased the site Flixster is to build a direct relationship with consumers. Through Flixster, Warner can cross-sell titles similar to what other titles a customer owns. The chance for direct marketing is good for the company. Flixster’s free application that shows users what is currently showing in theaters can help attract more members sign up for the site. This will also be advantageous for Time Warner’s plans for wide acceptance of the UltraViolet platform.

Although the strength of Flixster and UltraViolet will still be tested by the market in the coming months, the partnership makes a lot of sense for customers. Buying digital rights to a particular content once and being able to access the digital content across many platforms should attract movie lovers worldwide. Flixster, a site that caters especially to movie buffs, is a good marketing tool for UltraViolet.

Quick Guides: How to watch Ultraviolet Movies on….